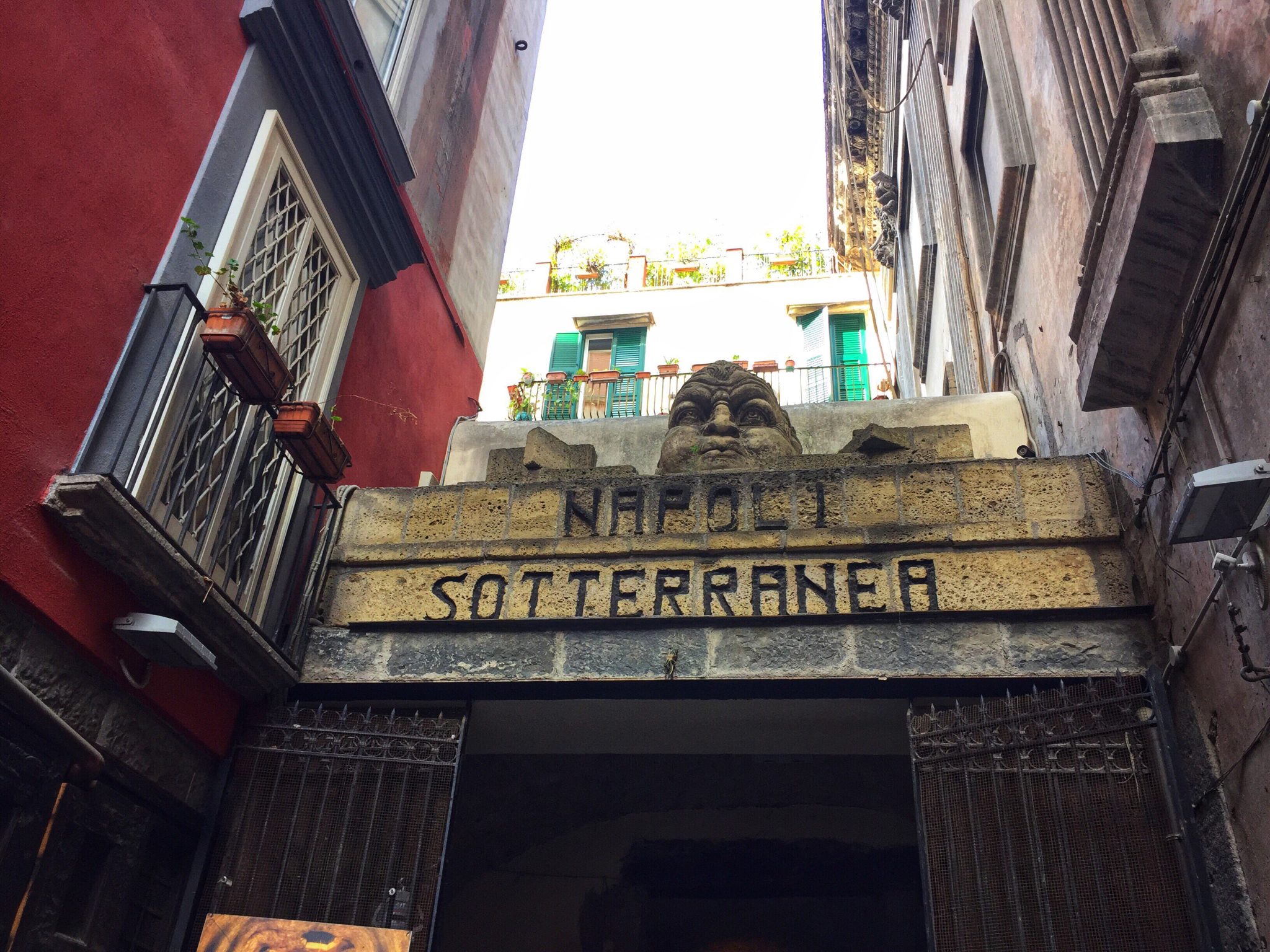 Things To Do In Naples, Italy – The 5 Best Sights!

Looking for things to do in Naples? Got one or two days there?

I applaud you for your visionary trip-picking skills, my fine friend! Naples has far more to offer than you may think! Often not considered one of Italy’s main cities to visit, missing out to the more well-known sights in Rome, Venice and Florence, Naples actually has a wealth of cultural distractions to suit any taste. And speaking of taste, the food… many of the local dishes are based on ingredients grown in the rich volcanic soil, and you’ll struggle to find anything finer anywhere in Italy.

Add to that, Naples has a wealth of historic excursions located right on the doorstep – Pompeii, Herculeaneum, Capodimonte and Reggia di Caserta.

But what’s the most fun you can have? The best sights? The greatest museums? The finest food?

Well, I’ve got you covered with this list! This is no means exhaustive, but it’s a great way to get a taste of the city; a splash of its highlights. Naples is a great place, and you’ll love it far more than you think you will – so let’s see what the best things to do in Naples are!

Click here for tips on some awesome souvenirs to buy in the Amalfi Coast region! Or read the ultimate guide to things to do in Capri, or learn what to expect from a day trip to Capri!

You simply can’t go to Naples and not visit here. On the list of things to do in Naples, this should always be at the top. It contains some of the glories of the Greek and Roman eras of Italy – you know those highly impressive classical statues and busts that you see on the front of history books? Lots of those. Stunning amounts of those.

You’ll marvel at the quality of the work, especially that of the famous and historically important Farnese Marbles. And even better than that, the museum also holds a huge array of artefacts from the local sites of Pompeii, Herculaneum, and Stabiae, preserved in the safety of the building. There’s bronzes, such as the statue of the faun, which you’ll recognise if you’ve visited Pompeii (the one on the archeological site is a reproduction), with my personal favourite being the huge and intricate mosaic of Alexander the Great.

See also  Amsterdam - 5 Tips To Know Before You Visit

A visit to the Naples area really isn’t complete without a trip here, completing the insight into Roman life provided by Pompeii and Herculaneum. But it can be quite overwhelming to take in and interpret by yourself, so I thoroughly recommend booking a tour of the Archaeological Museum. It’s definitely worth the money!

Saturday: 9am to 2pm

This chapel, located just northwest of the San Domenico Maggiore church, is small but mighty, and should definitely be on your list of things to do in Naples!

As well as being an historic church in its own right (be sure to pick up an audio guide for €3.50), it houses some stellar sculpture. Most famous is Giuseppe Sanmartino’s Christ Veiled Under a Shroud, an awesome example of of a sculptor being able to form the illusion of soft silk from hard marble. It really does look like soft fabric, with the face of Christ visible underneath – it’s a stunning piece of art that you really shouldn’t miss.

And then there’s all the other artworks and sculptures which line the walls of the building, of equal quality, plus a couple of bizarre anatomical models created in 1760. The skeletons of a man and woman are surrounded by (fortunately fake) blood vessels, in a somewhat unusual, and slightly grim, display.

It’s simultaneously one of the most glorious, and most weird, things to do in Naples. That makes me like it very, very much!

Children up to 9 years: free

Looking for a full review of Naples Underground? Click the link!

Want to spend two hours skittering through tunnels 40 metres below the surface? It might sound rather different, but it’s honestly one of the most fun tours I’ve ever been on, and definitely a must-do on the list of things to do in Naples – have a look here to read about my experiences!

You’ll see Greek quarries and deathtrap cisterns, remnants from the Second World War, plants growing underground, and the remains of a theatre where the Emperor Nero used to perform – indeed, you’ll stand in the corridor leading to the dressing room that he would’ve used. The highlight is taking a candle in a terracotta holder, and walking through the tiny gaps in the rock to see the ancient aqueduct, complete with flowing water and illuminated pools – it’s not to be missed.

Tours in Italian take place every hour; tours in English are every two hours. Find the entrance (very visible!) at the Piazza San Gaetano.

Read more about this beautiful church here – it really is worth a visit. Built in 1470 for the Prince of Salerno, it may look unusual and blocky from the outside, but stepping inside will take your breath away.

The ceiling frescoes are a riot of gold and azure blue, with scenes from the life of Christ and the Virgin Mary. Other areas of the church display canvases and sculptures, and a side-chapel contains an urn with the remains of St. Joseph Moscati, a doctor born in 1880 who dedicated his life to helping the poor. His shrine remains constantly well-used.

Also nearby is the church of Santa Chiara, which is also well worth a visit – it’s less visibly impressive than Gesú Nuovo, but full of historic interest, including the tombs of kings, queens, saints, and soldiers.

Both churches should be on your list of things to do in Naples! They’re free to enter, but please make a small donation if you can.

See also  Travel Rules - And Why You Should Ignore Them

You didn’t think you were going to make it out of a feature about things to do in Naples without me encouraging you to try some pizza, did you?

Naples is the undisputed home of the dough-based dish of delight that we know and love; indeed, the modern pizza was first created there in the 18th century, and the Neapolitan art of pizza-twirling was recently given UNESCO world heritage status. So in a way, having some pizza is a cultural experience (that’s what I’m telling myself, anyway).

If you fancy trying something a little new, buy a pizza fritta (fried folded pizzas which look almost like pasties) from any of the street stalls and shops. But what’s the best place for a traditional pizza?

You can’t get much more traditional or authentic than a pizza from L’Antica Pizzeria da Michele, on Via Cesare Sersale. It’s been around since 1870, and staffed by master pizzaiolos ever since – it’s so authentic that you have a choice of only two pizzas; a margherita or a marinara, the two oldest and most traditional forms. You’re definitely not going to find pineapple on your pizza anywhere near here! Be prepared to queue; the fame of Da Michele’s means that there’s an ever-present hungry horde in attendance, but it’s certainly worth the wait!

Check out these reviews of Da Michele if you need convincing!

Things to do in Naples: Location map!

Naples really is a city which rewards exploring. Some people are put off by the city’s reputation – but don’t be one of those! You really won’t come to any harm in Naples, even in the much-feared Spanish Quarter.

So that’s my top five, but have you got a place that should be on the list? Let me know in the comments!

The Best Luxury Travel Gifts For Her: 10 Elegant Items That Every Girl Will Want!

The Best City Breaks in Europe!

Krakow Itinerary: 26 Delightful Things to Do in Krakow!

Prague Food Guide: The Traditional Czech Foods You Must Try